One emotion motivates people to trade, which is greed – The Worst Enemy in Forex Trading. Forex is quite attractive for many people because of its potential to make a good profit and the ability to be your own boss. But the question that lingers in a trader’s mind when he or she starts to trade is usually this: ‘How much money can I make and how quickly can I make it?’.

There is nothing wrong with being greedy. In fact, people won’t accomplish many things if there is no element of greed or no incentive is provided. But, you must be aware that this greed also backfires on you and can make things worse in Forex trading.

Greed and fear are the worst emotions in Forex. They are two sides of the same coin. While greed is about getting more money, fear is about not losing the money. We will reserve the discussion on fear for another article. Let us look into the basics of greed and how it can kill your account.

A Historic Example of the Damage Caused by Excessive Greed

One example to illustrate the negative effects of greed is the United States subprime mortgage crisis, a nationwide banking emergency which occurred between 2007-2010. The blame was on the mortgage lenders because they approved mortgage agreements for many people who had a poor credit history and an extremely high risk of default. Banks, real estate firms, and construction companies approved mortgage loans even for people who had no way of paying them back.

Obviously, It is greed which pushed all these companies to take such risks. This mortgage crisis was a major contributor to the financial crisis of 2007–2008. The fact that a whole bunch of businesses committed a huge mistake that was motivated by greed suggests that greed can certainly cloud decision making even among the most intelligent, influential and experienced businessmen.

How Greed can affect your Forex Trading Performance

The following are some examples of the mistakes traders do out of greed.

The common denominator in all the above examples is greed. When excessive greed conquers your mind, you fail to think about the consequences that your actions will bring. But when you really end up facing the negative consequences, it makes things worse and causes a further emotional breakdown. We have known traders who have completely quit trading after making such mistakes in the initial phase of trading. But as we said, greed is a major problem for all Forex traders, including the well-experienced traders in the market.

The above examples and much more will be discussed in detail in the upcoming articles on Forex psychology series. The aim of this article is to make you understand that greed is indeed the worst enemy in Forex trading. So, throughout your trading career, it is very important to keep this in mind and refrain from making poor decisions that are motivated by greed. Trading Tips
2.38K
Human beings have evolved to avoid boredom. When there is no excitement in what we are doing, we tend to... Trading Tips
2.8K
Forex is active 24 hours a day and retail Forex trading functions 5 days a week. So you can trade... Trading Tips
2.53K
If you are on the way to becoming a successful trader, you should have the habit of having a detailed... Trading Tips
2.14K
Making one or two profitable trades is not a big deal in Forex. Anyone can do that and most of... 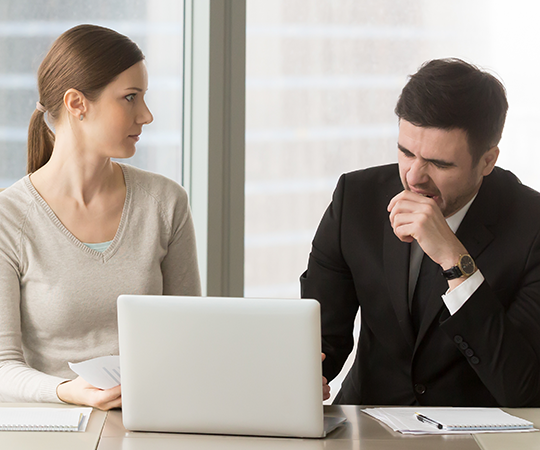